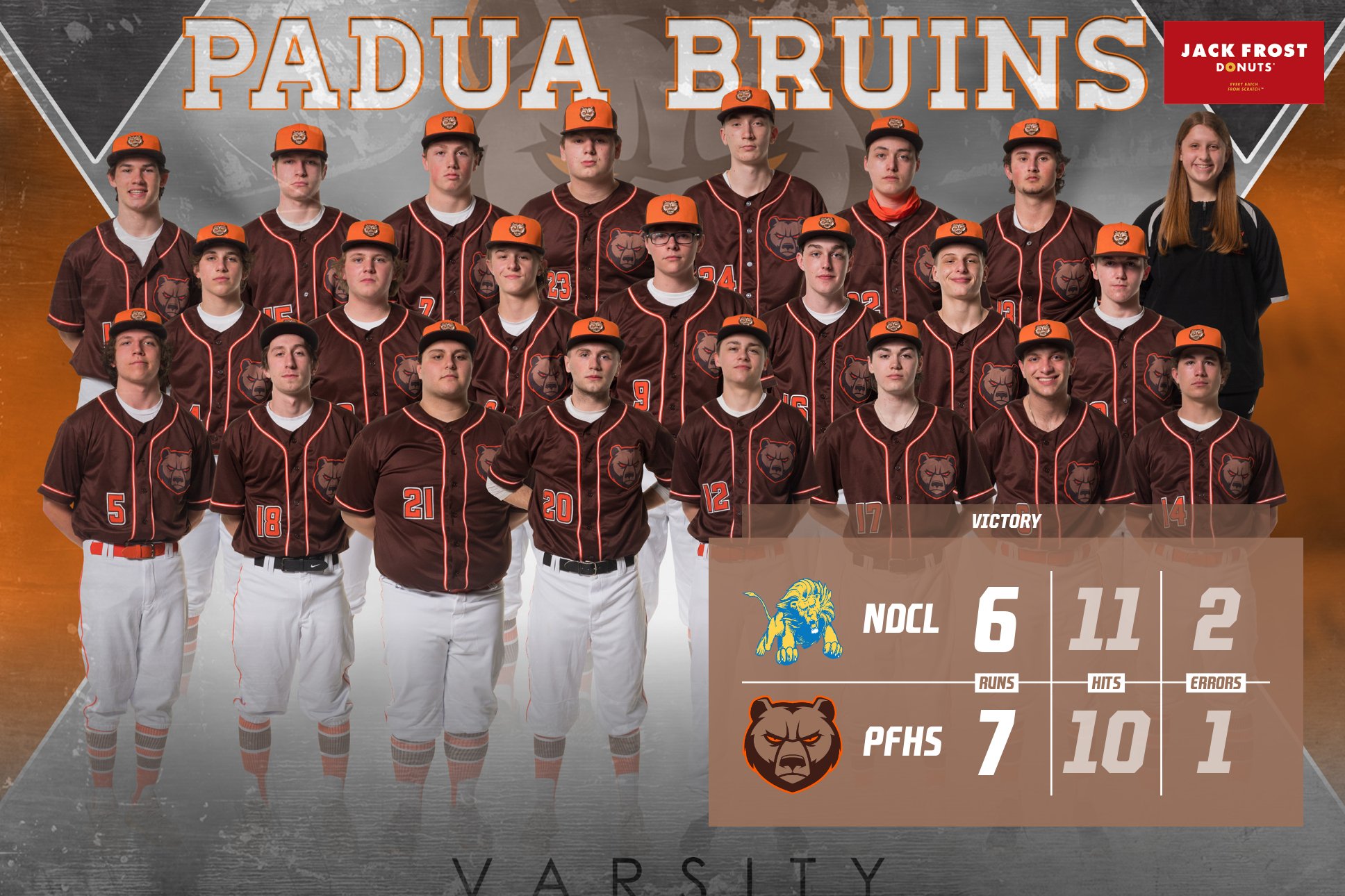 Michael Niro got the win for Padua as the pitcher surrendered zero runs on zero hits over one inning, striking out two and walking zero. Andrew Wisniewski threw two innings in relief out of the bullpen. Jimmy Hickey started the game for Padua . The righthander surrendered six runs on eight hits over four innings, striking out four