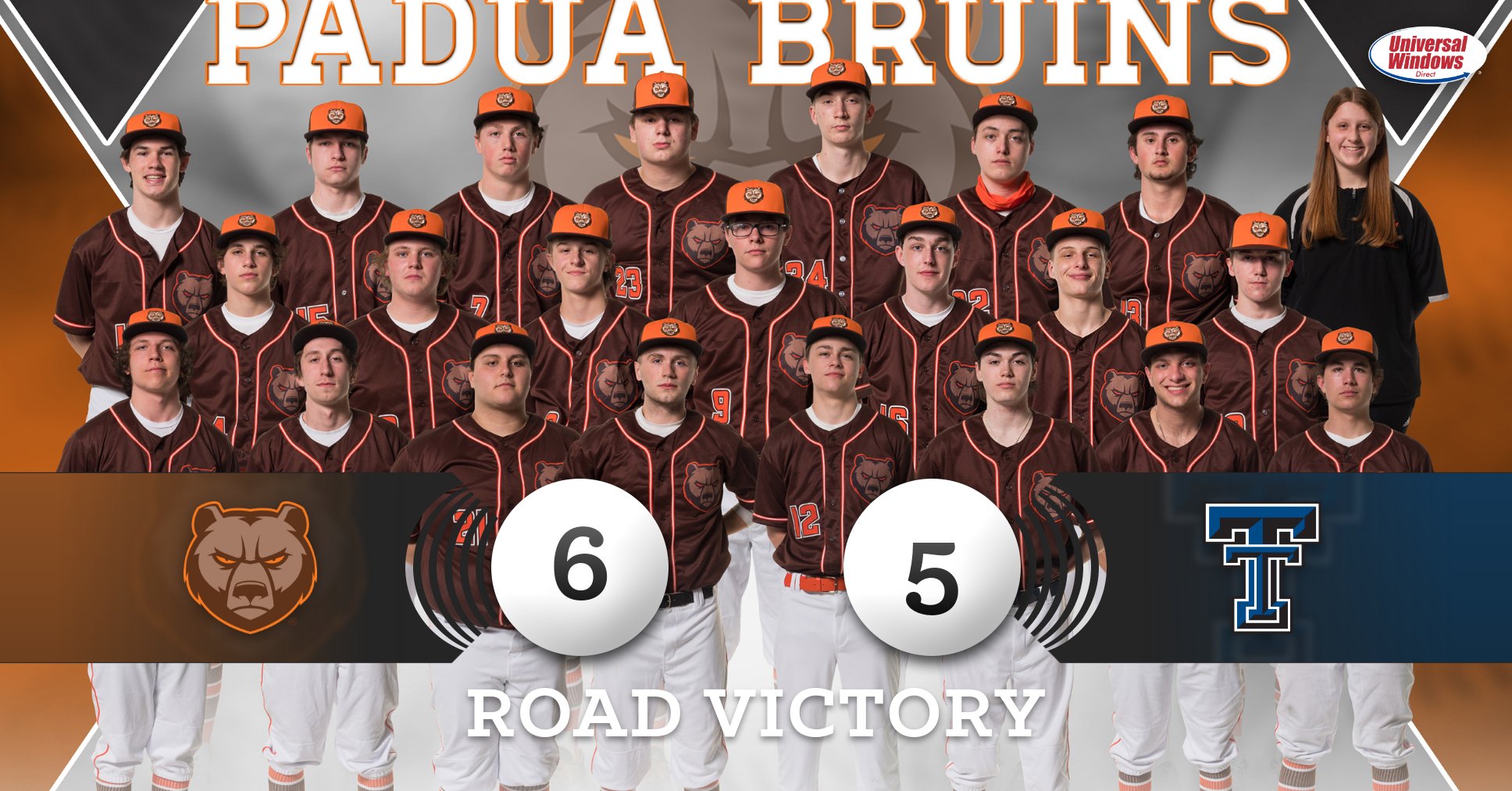 Despite seeing its five-run lead whittled down by the end, Padua still held off Trinity for a 6-5 victory on Saturday. Trinity scored four runs in the sixth inning, but Padua still managed to pull out the victory.

The Bruins got on the board in the first inning. William DeCicco singled on a 2-0 count, scoring one run, then scored three runs in the second inning. Padua’s offense in the inning came from a walk by Austin Pacula, a triple by Sean Lynch, and a sacrifice fly by Alexander Bazzichi.

Dominic Holland got the win for Padua Franciscan as the righthander allowed three hits and one run over four innings, striking out ten. Jimmy Hickey, Andrew Vertal, and Cole McGlashan all put in work in relief out of the bullpen, steering their team towards the victory. Hickey recorded the last three outs to earn the save for Padua.