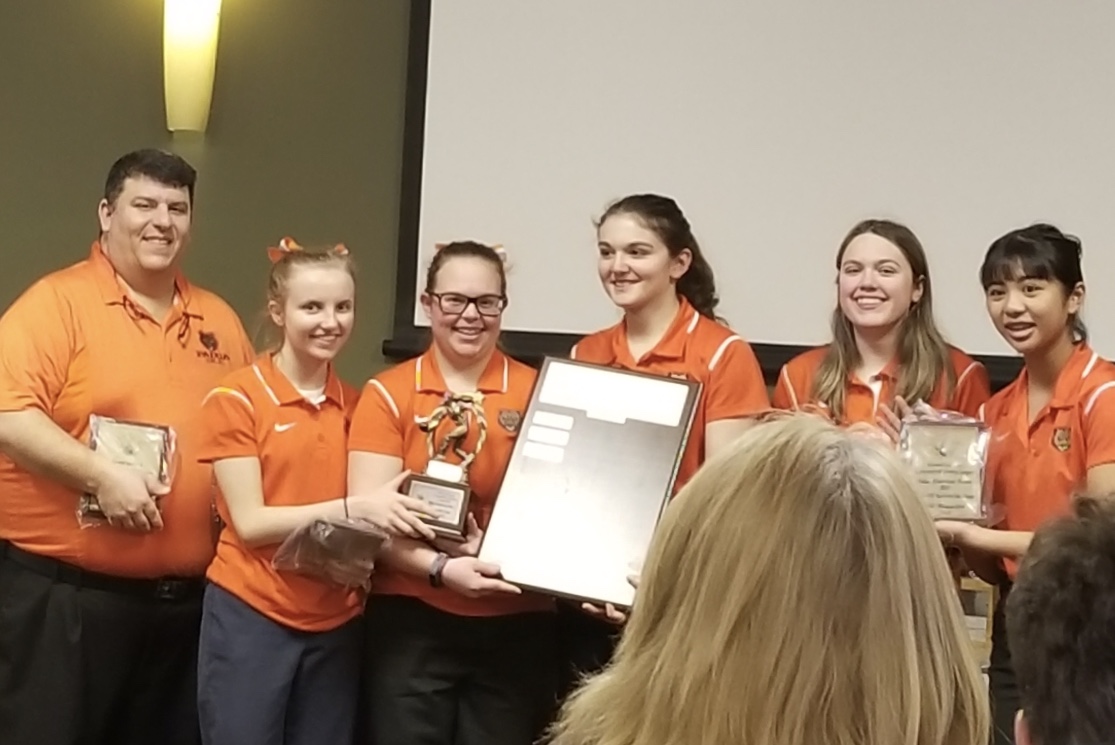 The Greater Cleveland Interscholastic Bowling League wrapped up the season with its league tournament and awards ceremony. The Lady Bruins bowling team was acknowledged for their season accomplishments and individual awards.
The team was presented their title trophy for winning the Baker division, Individually, freshman Hannah Tahsler finished her first season earning the girls league MVP award as being recognized as the top female bowler. Furthermore, Hannah was named All-League Girls First team and also finished with the highest average (164) in the girl’s division.
The league tournament held Feb 2 also netted some accolades as Hannah finished third in the tournament in the scratch division with 490. Junior Kaila Pelto had her best Lady Bruin day by finishing second with a 684 in the handicap division,
Congratulations to the Lady Bruins for a successful season.
The girls are now preparing for the Ohio State Bowling Tournament Sectionals in Warren on Feb 10.